This is a value-for-money 1-Star Michelin **restaurant**, with excellent food, beautiful atmosphere and view, but best of all, the impeccable services provided by Sakama-San and his fellow coworkers!

Absolutely amazing experience. We had the private garden room, and chose the lighter 10 course meal. Absolute perfection; from the atmosphere, to the service, and incredible flavors. Truly a unique and unbeatable experience. Highest marks all around.

Good for try. Lunch menu is valueable for Visitors.

Superb Kaiseki lunch in Kyoto. The food was excellent (presentation, taste, variety etc) and the service was truly memorable. Highly recommend a visit!

A refined and non inexpensive cuisine in the wonderful Gion Quarter in Kyoto for which you have to preselect the menue without any possibility of choosing anything different if you are more than one. The tasty dishes are served very quickly one after the other as if you had a train or an airplane to catch. For a date or simply a dinner with a person dear to you there are certainly more romantic alternatives, set apart the fact that the dining room - in a basement - is not the most interesting sight you may have encountered so far. This said, one can only highlight the excellent quality and tastiness of the food.

The symbol of epicureanism in France Alsace, " Auberge de l'Ile". "Auberge de I'lle" is a small restaurant started by Mr.and Mrs. Haeberlin near the bank of Ill river in lushly green Illhaeusern village, and it has been handed over to their descendants for more than 100 years. The good fame of the restaurant built by the strong family ties has been attracting many people, and in 1967, the restaurant received the highest rank of three stars of Michelin. The ultimate cuisine and gentle hospitality provided by the Haeberlin family attracted epicures all over the world, and it has become the well-known restaurant keeps receiving the three-stars for more than a half century. " Auberge de l'Ile Nagoya" was born as a flagship store of the restaurant in Japan in 2007. Please spend a happy moment in "Auberge de I'lle Nagoya" that provides the ultimate French Cuisine from traditional Alsace specialite inherited from its main restaurant to a seasonal dish.

Enjoy famous dishes using carefully selected ingredients, in the Beijing style. Chinese cuisine arranged in the Kyoto style, a feast for all the senses.

My second visit. Loved it as much as the first. Will go again and again. Delicious, well-presented food. The young lady (from Ishikawa) who brought me my food was superlative - She explained all dishes in English, was very friendly and provided fabulous service.

Excellent, fresh, authentic Western style comfort food, not a Japanese interpretation of it. Nice atmosphere, and engaging staff. A favorite destination in Kyoto. 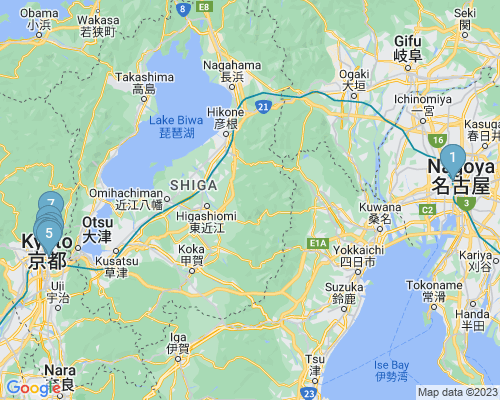